The latest parish magazine is out now and inside you will find news, events, ideas, reflections, advertisements, pictures, contacts and more, to give you a snapshot of what is going on across our parish.

There’s lots of good news at the moment and lots to look forward to this year. Read on and find out more… And don’t forget to enter our poetry competition – write a Poem for Farnham and you could win £25! 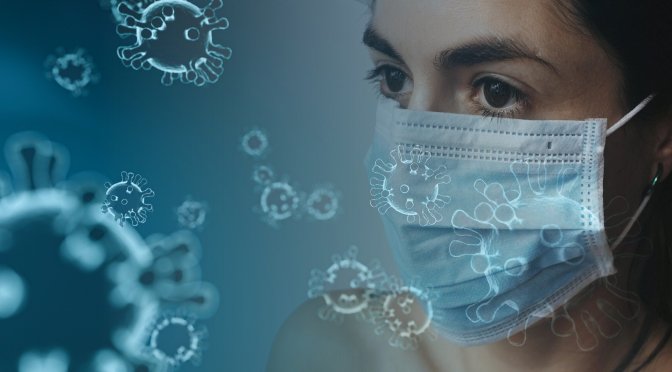 For those who want to save their life will lose it, and those who lose their life for my sake, and for the sake of the gospel, will save it.  Mark 8:35

When I preach I usually preach on the Gospel set for the day, but today I feel called to preach on this passage.

This week has seen a remarkable transformation in our country, and in other countries around the world.  At the start of the week most things were happening pretty much as normal.  Then things changed rapidly.

On Monday Lesley and I felt ill, and have self diagnosed with Covid-19 (with current advice no one else is going to do so) and are now self isolating.

On Friday two of the boys came home from uni, so we will be self isolating for 14 days from then (unless the advice changes again).

By Friday most things were shut down.

What do all these have in common?  It is people looking at the situation from only one perspective.

My take on today’s reading is that Jesus is telling us that acting on our own selfish wants is not the way to live a fulfilling life.

It will depend on your definition of “the Gospel”, but I believe that the Good News that Jesus is calling us to is “Life in all its fulness“, and that this is achieved by working towards the Kingdom of God, which is working towards making this world the way that God wants it to be.

As a country and a world we have been becoming more and more insular: believing that we control our own destiny.  Death is something which is seen as unnatural for people under 70 (or perhaps older) and has become something we don’t talk about (perhaps we should – note the date of the article – factual information may be out of date).  Yet only a century ago the Spanish Flu killed between 17-50 million people; the two world wars killed about 20 million and 75 million respectively.  Before the creation of the NHS 6% of children were expected to die before they were 1.

For most of history we have known that life was precarious, and that we rely on each other.  We have also known that employment could be precarious, until the rise of the unions, and as their influence wanes we are discovering it again.

And yet this myth persists that we are in charge of our own destiny.  This myth leads us away from the Kingdom of God, where we care for each other.

John Donne wrote: No man is an island, and during this pandemic we seem to be rediscovering this, and rediscovering the Kingdom of God (to be clear, I am not saying that God sent the virus so that this would happen, but when things do happen God can find some good in them, however  bad they may be, as well as comforting those who are suffering).  Let us pray that that sense of the Kingdom of God lasts beyond the current pandemic.

Image by Tumisu from Pixabay

The reading for this Sunday is about Nicodemus– and yet it is also very tempting to preach on the last two verses!  However, I am going to resist and look at Nicodemus.

Nicodemus was an influential religious man, he belonged to the Sanhedrin, which met every day in Jerusalem.  And yet he appeared not to understand metaphor!  Or chose not to.  The word translated “from above” can also be translated “again” – an interesting aside is when Christians ask if you have been born again, do they mean from above?

The imagery of being born again was common at the time in both Jewish and Gentile culture – it was used for Jewish converts (two sources I have disagree about this!) and for various mystery religions.

It perhaps becomes obvious which Jesus meant when he goes on to talk about being born of the spirit (the aside about the wind would have come about because in both Hebrew and Greek the word for wind and spirit is the same), and the similarity of the two is that they are both only visible by the impact that they have.

So, to paraphrase, Nicodemus goes to see Jesus at night (never a good sign in John’s Gospel which frequently compares light and dark, day and night) and says that “we” recognise your signs as coming from God – but when Jesus tells him that he must be born from above, to be born of the spirit, he wavers.

Of course it is also possible that he was fully aware of what Jesus was saying to him, but was unwilling to take the steps required and was replying in kind – a kind of verbal tennis.

The question then becomes “what about us?”.  Are we willing to be born from above – to change our lives?

There are long arguments in Christianity about which beliefs are “orthodox” – leading to excommunication for those who do not conform – but in this passage Jesus appears to more interested in “orthopraxy” – right practice.  At least with this we can try to do the right thing.  I know of no way to force myself to change my mind if I don’t believe something, but I can make myself do things.

So – the last two verses!  I couldn’t resist.

John 3:16 is perhaps the most quoted verse in the Bible – it used to make a regular appearance in the crowd at sporting events, but how was it being used?  To me it felt as though it was being used to mean: “For God so loved the world that he gave his only Son, so that everyone who does not believes in him may perish but may not have eternal life”.  And yet the following verse suggests to me that this is far from God trying to catch people out, but trying to help us. 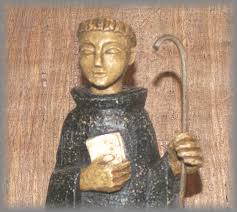 Joan Chittister has written a commentary on the Rule of Benedict, and this is serialised on the web with a daily reading from it http://www.eriebenedictines.org/daily-rule.  Today (22nd September) the chapters on Obedience and Humility start.  I find these a most inspiring set of chapters and would suggest that they are a good place to start with this.  If you don’t see this post in time, it is possible to see the previous days reading by clicking on the date above the image.

If you find Ignatian Meditations, or if you aren’t sure, and would like to find out, this web site has a number that you can try: http://taketime.org.uk/.

What do you think?

We will be reading Why Did Jesus, Moses, the Buddha and Mohammed Cross the Road?: Christian Identity in a Multi-faith World by Brian McLaren as our next book.  We read books quite slowly – a few chapters at a time.  Our next two meetings are 2 July 2018 and 20 August 2018.  If you would like to know more please contact Alan Crawley.

I have just started rereading this book for our book group, and whilst I remembered many of the “parables”, I had forgotten the introduction.

In it Peter Rollins explains that the purpose of the book is not to provide answers, but to pose questions (I paraphrase).  And that the point of these questions is to change our behaviour, not to gain our assent to some ideas.  He goes on to point out that so often people will assent to an idea, but then behave as though they don’t believe it; for example saying how terrible materialism is, but then living in a materialistic way. 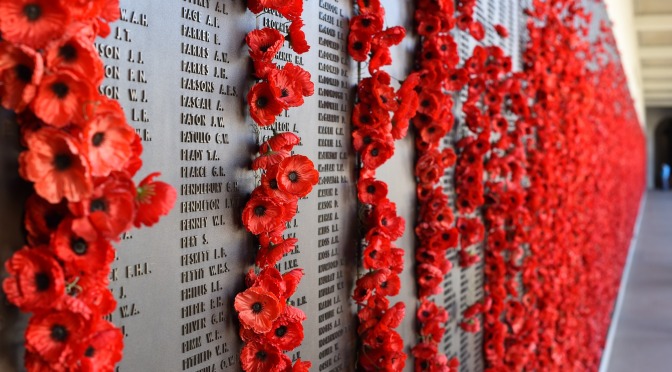 I recently posted some thoughts on Remembrance Sunday, and yesterday I had some more that I thought worth sharing.

In the previous article I commented on an article by Simon Jenkins, and he suggested that we should make next year the last Remembrance Sunday because too many use remembering as a means to keep past hurts alive.  However, it struck me that the problem is not keeping the memory alive, it is keeping the animosity alive.

Desmond Tutu has written a book on Forgiveness with his daughter Mpho.  This puts forward a four step approach to forgiveness, summarised here:

It strikes me that at Remembrance the difficulties come because we are good at the first two, but don’t always move on to the third or fourth.

I would suggest that until we have mastered those two steps as well the nursed grievances will remain whether or not we abolish Remembrance Day.

Today’s post was inspired by Pray as You Go (not there for long), and by last Wednesdays  group discussion on the Bible.  The reading was Luke 16:9-15, and began:

And I tell you, make friends for yourselves by means of dishonest wealth so that when it is gone, they may welcome you into the eternal homes.

This surprised me as it was a memorable phrase, which I did not remember!

Looking it up I discovered that it follows on from the Parable of the Unjust Steward, so when I usually read/hear it it is in a particular context.  The words are the same, but the context is different (not that the unjust steward is an easy parable to interpret).

It isn’t in the same league as theatre bill boards (see here), but reading something out of context can give a misleading perception.

The question then comes – how do we use the Bible without taking it out of context?

This coming Sunday is Remembrance Sunday, and this morning I read this by Simon Jenkins.

For many clergy Remembrance Sunday is a struggle – how to remember the fallen with dignity, whilst remembering what has happened and wanting to say “never again”, often in the context of military parades.  The last thing that many of us would want to do is to preside over “a validation of war by embracing its horrors in religiosity”.

However, my experience in church is that when we struggle to achieve that balance it is welcomed.  Whether that is a generational thing, as in many churches, including ours, there are still people who can remember the war, I don’t know.  And of course, although Remembrance focuses on the two world wars, there have been many conflicts since, and many killed or injured.

If I were to be provocative I might ask whether the problem is that we don’t remember the more recent conflicts enough!  People under 70, which includes most politicians, have no experience of a “big” war.  Perhaps if our politicians had, or we Remembered better the smaller wars, there would be less inclination to solve our problems by military means.