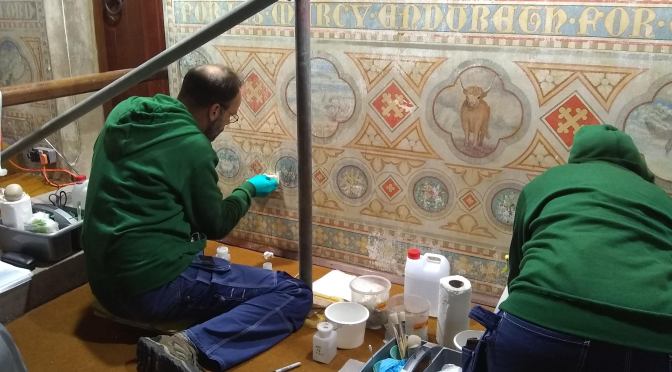 The first stage of restoring the murals at St Mark’s Church has begun.

The murals, which are of significant national importance in the development of 20th-century mural painting, are being stabilised and cleaned by the internationally renowned mural conservationists Stephen Rickerby and Lisa Shekede. They were painted between 1911 and 1920 by local woman Eleanor Catherine Wallace Milroy (‘Kitty’) using other local people as models.

Stephen Rickerby and Lisa Shekede will be in the church for the next 10 weeks in order to complete this stage of the restoration.