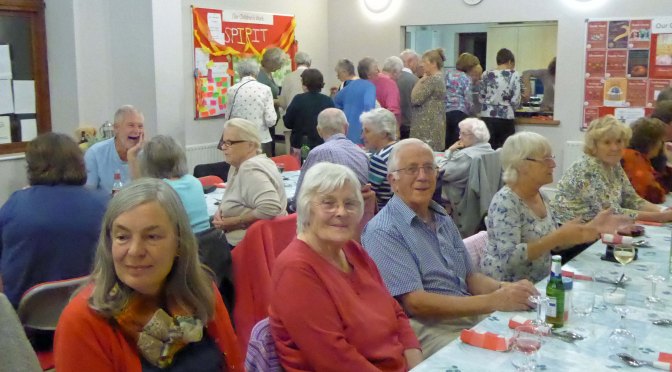 Strains of ‘We plough the fields and scatter’, the smell of good food, happy chatter and warm lights greeted us, as we walked into St. George’s hall on the first Friday night of October. Most people were already seated around the U- shaped layout of tables. Everything was elegant, wine glasses, bright napkins – Vicky, John and their team had been busy. There were lots of smiles and a chance to see old friends and make new ones. My sister, who grew up in Badshot Lea and was delighted at my invite to the Harvest Supper, met an old friend, who was also visiting. They both hid in the kitchen for a lot of the evening, washing up and enjoying a chance to catch up. A lot of hard work and love had obviously gone into the food preparation – and there was so much! Room for third helpings for the extra hungry! I really enjoyed taking a turn at serving the puddings – scraping the last bits of the tray is always the best.

Everyone helped to clear, fold down tables and shift chairs and almost with no effort the hall was ready for the entertainment. Home made talent – reminisance of times gone by- when people made their own fun, rather than relying on the television. A big thank you to everyone who stepped forward to ‘do a piece’. (I must especially mention Grace, who played the piano. I was gobsmaked at her skill).

All too quickly the evening came to an end – everyone joined in helping and the hall was back to normal in no time. There was a real sense of community. Young and old, everyone looked happy and there was a warm, fuzzy feel.
I should do a list of ‘thank yous’, but I’m not going to, as I am bound to miss someone who worked hard and quietly in the background. So, suffice to say, we are all grateful to everyone who helped to make the 2015 Harvest Supper one of the best ever.

A huge thanks to everyone, especially Bill and Mavis Leach and their team , who helped make the Fete such an enjoyable event on Saturday. Here are some pictures thanks to Georgie Fry.

At St John’s we will be celebrating our Patronal Festival with an All-Age service at 9:30am on 6th September followed by a BBQ in the Rectory Garden (25 Upper Hale Road, GU9 0NX) at 12:00, bring your own meat and alcohol (if desired), we will provide the buns, salad and soft drinks.

Our Saint’s Day is 27th December but as few people are around at that time and the clergy are on holiday, we have translated the festival to Sunday. This is a bit of information about our patron saint: 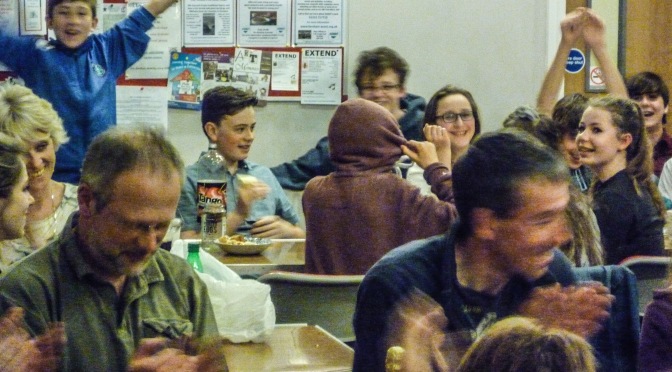 Every chair was taken and every table was used at St George’s Church Rooms last night as we packed in for the Quiz Night. No real idea how many people were there – over a hundred. Carrie and Jason Grafham, helped by Mat and Christine Brown put on a great evening. The idea wasn’t to make money – it was to have fun – but I think somewhere between £400-£600 pounds was made for church funds. Thanks to all who helped!

Here are the photos of the evening: 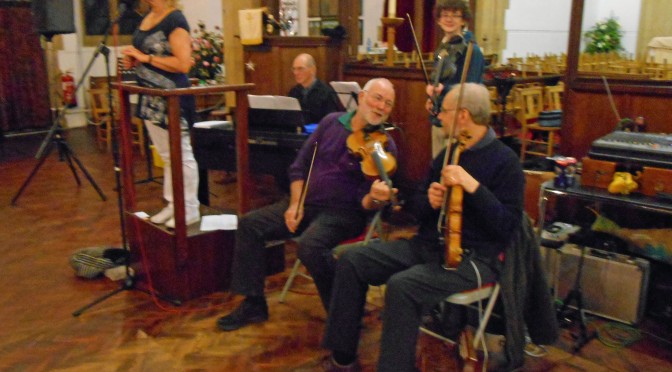 It’s different when it’s your own.

I’ve been playing for barn dances etc. for most of my life. I’ve played for contra dances in New England, charity events in Italy and community dances in France, plus innumerable weddings, PTAs, church and public events in the UK. They’re generally enjoyable and occasionally dire. One accepts the adulation or indifference at the end of the evening, packs up and goes home with the feeling of a job well done.

But .. it’s different when it’s your own.

Last night we held our fifth annual parish barn dance in St George’s church, Badshot Lea. We had around eighty people from Badshot Lea through to the other end of the parish in Upper Hale, plus friends from the far-flung towns of Alton and Hartley Wintney (!). There is something special about seeing familiar faces obviously enjoying themselves, mingling and generally behaving like a community I felt proud to belong to.

High spots of the evening (for me) were the extra band musicians, generally playing material well outside their previous experience or comfort zones, and actually enjoying themselves. We also had an impromptu display by our two local tap-dancing girls (proudly sporting pink cowboy hats), who felt that the excellent display of Morris dancing by Jack Straws needed interrupting with a bit of local colour.

However, what really brings home the idea of community is the behind-the scenes effort that goes into these events.
The number of helpers turning up on Friday afternoon to prepare the church and on Saturday morning to put everything back in place, were more than we’ve had in previous years and gave a real feeling of commitment, as well as making the job a lot easier.

The organisation, preparation and serving of the food took several days of selfless effort, and meant that those dishing the food out saw little of the dance itself. There were heroic efforts that went into raffle ticket sales and collection on the door, which all added to the amount we were able to donate to church funds.

So, as I sit here and write this, I’m totally exhausted but somewhere there’s a feeling of satisfaction for a job well done. Thank you to everyone who played a part. We made over £450 for parish funds, but in a way this is irrelevant. We had an event full of life and happiness that shone a light through the gloom of a cold January night.