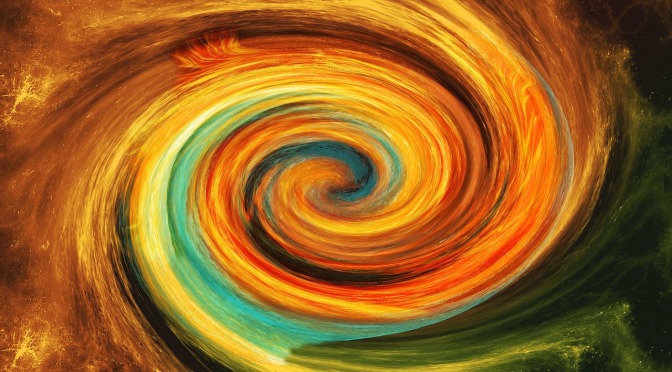 Following my post on Theodicy I have started to read more about Process Theology.  I have only just started, and there will no doubt be another post when I have read a bit more, but it sparked me into thinking about stages of faith.

There are a number of different theories, although they all have in common that one stage is not better than another, and that we spiral round, rather than following them in a linear fashion.  At theological college I was taught Fowler, when doing a DMin my training incumbent was taught Hagberg-Guelich (or more complicated), and since Brian McLaren has written Naked Spirituality.

What all have in common is that there comes a time in faith when it all goes to pot!  This has, in the past, been referred to as the Dark night of the Soul.  Richard Rohr has a very simple two stage model, where the two stages are separated by some kind of trauma – something that we would not choose to go through, but which helps to form us for the next stage.

At a recent parish vision day (not ours) we were told that the missing generation is the 35-60s.  The under 35s have faith, although they are not necessarily attending Anglican churches.  This made me think, as our two growing congregations are both predominantly in those age ranges, and I briefly discussed it with the Local Mission Advisor who was running the day.  His question was what are you doing to attract those people?

A number of past conversations Lesley and I have had came to mind – we have wondered how with integrity we could draw in people with an early stage faith when it is not where we are.

We have wondered whether we should be fishing in the pool of those in the crisis point in other churches and perhaps forming alliances – although that has come to nothing.  Instead we have started wondering whether people are treading the stages of faith outside the church, in their day to day lives.  We have also wondered whether from about 35 the kinds of crises that cause people to reevaluate their lives occur, and faith is seen as a possible answer.  For example, in many companies if you haven’t made it by 40 you aren’t going to; as children grow older you realise that they aren’t going to fulfil you in a way that you thought they might before they were born, or when they were young; your parents might start to get ill and need more support or die; redundancy might happen, causing questions of meaning and security; health issues can occur at any time, but I suspect that by 40 most people will know a friend who has had cancer or died from disease.

People that age have been round the block enough times that the simple answers of the early stages of faith do not satisfy, but might it be that a church which acknowledges that things aren’t simple, that allows people to have doubts, that walks with them through the messiness might be attractive?

This is not an answer, but a question!

This video of Yvette Flunder shows a movement through the stages of faith, although without dwelling on the crisis point.

One thought on “Stages of Faith”