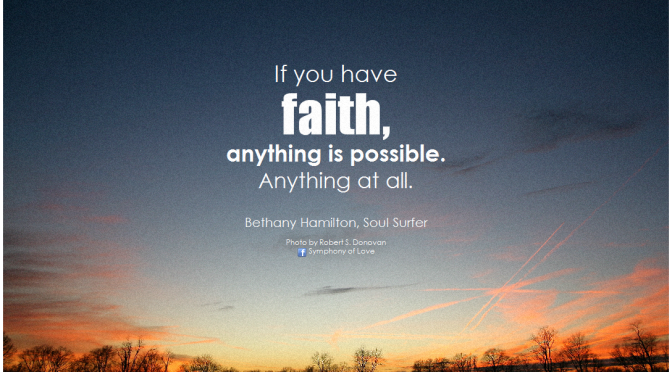 For me faith is what you get to when, after many iterations, you can no longer answer the question “why”.  Parents will know that eventually they will resort to “because I say so”, but how do adults deal with this?  “Turtles all the way down” doesn’t work in real life and at some point we have to have an initial assumption – whatever that assumption is is God for us.  If we do not believe in a God of faith we believe in something else.

For example, Richard Dawkins is famous for writing to his daughter, about how to test assumptions:

but everything is based on some assumptions, otherwise we are back to “Turtles all the way down”, and in this case he produces no evidence to prove it, but treats it as an initial assumption.

This makes the test of faith how you behave – different faiths will lead to different behaviours – the God you believe in affects your day to day living.

So, that is where I am, but there are a variety of views; some will believe that faith is the assent to a number of different propositions, for example the UCCF.

There will of course be a number of positions between the two.  Where are you?

6 thoughts on “What is Faith?”