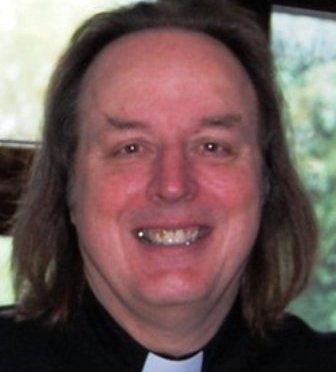 Before continuing with this series I think, having said that the Church of England is a broad church, that I need to explain where I am coming from.  Although I am trying to give a fair picture of the breadth of the Church of England, I obviously understand my own position better than those of others, and so it is only fair that you should know where that is!

I am going to do this by telling some of my story, and mentioning my most significant influences.

I grew up being taken to church by my parents and never left.  In my early teens I attended a CofE Sunday School run by a Quaker, and as I grew out of that started serving at the local church, which was a town centre low church (with an Anglo Catholic church on the edge of town), but with a new, high church, young incumbent.  This continued until I went to university.  During this time I was aware of an influenced by Hugh Montefiore (and here) and was also aware of Michael Ramsey, although I would have been quite young when he was in office.

At university I found myself struggling with what I thought of as the beliefs of the church, and might have left (I sometimes wonder if it might have been a good thing if I had, to allow me to return with my own thought through faith) if it hadn’t been for John Robinson who was Dean of Chapel, and one of the Chaplains, Bob Reiss, who recently published Sceptical Christianity.

After university, I joined a discussion group with the curate and other people in their early twenties, and we discussed Philosophy of Religion and The Myth of God Incarnate.  I liked these, but was struggling to believe that they fell within the bounds of faith.

A little later I moved to Chelmsford and attended the Cathedral, where Wesley Carr‘s sermons were always a highlight.  At this time I started to take my faith more seriously, and went to an evening prayer meeting at which, on confessing to doubts, I was told to believe or get out, the church was better off without people like me (not I hasten to add by any of the clergy).  This caused me to shut my thoughts away for the next 15 years, not examining them myself, and certainly not sharing them.

15 years later, having moved home and church, I was asked to contribute to a Good Friday 3 hours service answering the question “What does the Cross mean to you”.  This caused me to poke around among my thoughts, and I determined that above all I had to be honest, so I spoke of my doubts in a lot of doctrines (probably making the same mistakes that the speakers made on Sunday), but that during my self imposed silence it was the two great commandments:

that had kept me coming to church.  That and a sense that there was something important that others had got that I couldn’t quite grasp, but which I wanted to.

In the run up to this talk I feared that once I had had my say that would be it, I would be drummed out of church and never able to go back.  I was therefore surprised when the vicar introduced me by saying that I was a typical Anglican (he knew what I was going to say), and even more surprised at the end of the service to be greeted effusively by lots of people who said that that is where they were, and it was so great to hear someone speaking it out loud.

As a thank you for doing this I was given a book token, and thought I would buy a religious book with it; the only book that fitted the criteria in the bookshop was Doubts and Loves, by Richard Holloway.  This reawakened my faith and I embarked on a reading frenzy, covering many authors I can’t remember, but also including Brian McLaren, particularly the New Kind of Christian, and William Barclay, particularly The New Daily Study Bible.

To cut a long story short, I then found myself training for ordination, and lots of things happened, but the most significant was that I realised that it was alright not to know the answer!  I think that in much religion people want to know the definitive answer – across all traditions – but in my theology lectures and essays I learnt that the “answer” to the Trinity, how Jesus was fully human and fully divine, the problem of suffering and so much else was “I don’t know”.  That we have to belief, but we cannot know, and indeed that every time we try to explain we are in danger of falling into heresy.

I trained on a course rather than at a college, and this meant that I met lots of God centred people who thought differently (sometimes very) to me.

As the years have passed I have also enjoyed reading Peter Rollins, Nadia Bolz-Weber and Dave Tomlinson.

I do not know how to categorise myself these days!  In my youth I would have identified as a liberal, but would now perhaps use post modern, although I am not necessarily sure what it means; I might be tempted by post evangelical, though feel reluctant to use it as I would never have identified as evangelical – perhaps the best thing to say is that I am me!

One thought on “Where do I stand”

We are delighted to say that we can be back in church for our services. We have done everything we can to ensure that you feel safe there and you are asked to wear masks and use the hand sanitizer provided. We have arranged the seating so that everyone can sit at a distance, though obviously those who live together can sit together, and we ask that people do not mingle. Please ask if you have any questions. The services are: Sunday: St John's - 9.30am. St George's - 10am. St Mark's - 11am Wednesday: St Mark's - 12pm. Midweek Communion.