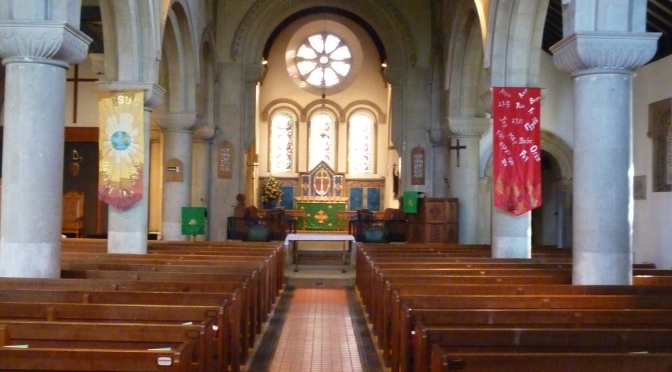 People can get very defensive about pews in churches, however they are a relatively modern invention.

Initially the only seating in church was around the wall or pillars – leading to the saying the weak go to the wall – with most people standing. Then in the 14th Century pews started to be introduced, becoming popular in the 15th Century as the sermon became a more important part of the service.

As pews were introduced, so came the habit of pew renting, where people paid to install “their pew”, or rented one, and often secured a name plate to it. Despite the fact that in 1612 a court had declared that a church “is dedicated and consecrated to the service of God, and is common to all inhabitants”, and therefore it belonged to the bishop to decide the question of ownership of a seat there; the practice continued into the 1970s.

This practice mirrored the stratification in society on churches, with some people furnishing their pews with cushions and curtains, and lighting fires.

Pews tend to create a particular approach to church in which the congregation become more like an audience than those gathered around participating. In more recent times some churches have removed pews and replaced them with chairs, which allow for a variety of layouts, from the traditional rows, to services in the round, with the altar in the centre of the people.

The layout of a church can say much about what we think is happening there. What do you think?

One thought on “It has always been done this way”